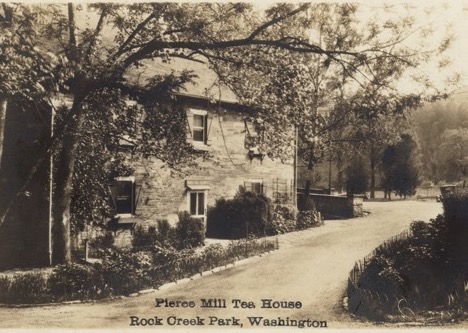 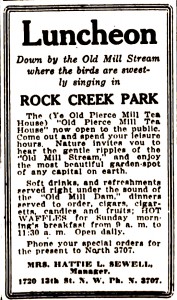 The Hattie Sewell Film Premiere has been re-scheduled for Friday, October 22!

This outdoor, socially-distant film screening is free, but reservations are required.

The 30-minute film will be shown during two separate screenings on Friday, October 22. The first group will be welcomed at Peirce Mill starting at 6:00 for a 6:45 showing. The second group is asked to arrive after 7:30 for an 8:15 screening.

Who Was Hattie Sewell?

In the summer of 1920, an African American woman named Hattie Sewell was awarded a contract to run the teahouse at Peirce Mill. She paid a monthly rent of $45 and increased business by two hundred percent.

But a prominent neighbor, E.S. Newman, complained that Peirce Mill had become “a rendezvous for colored people, soon developing into a nuisance.” According to Rock Creek Park’s Administrative History, there were no other complaints about Sewell’s establishment. Nevertheless, her contract was terminated in October 1921.

One hundred years later, the Friends of Peirce Mill are working with the National Park Service and Howard University to learn more about Hattie Sewell and to create a short film about her life and times. 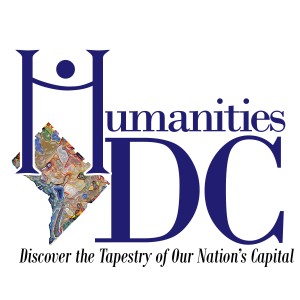 This project was supported by a grant from HumanitiesDC as part of the “Humanities Grant Program,” an initiative funded by the DC Commission on the Arts and Humanities.